During the first 2020 Presidential debate between Donald Trump and Joe Biden, moderator Chris Wallace asked the most misleading question of the entire election cycle.

Wallace failed to mention that “Critical Race Theory” is something far more sinister than boring training sessions, so sinister in fact that its proponents want nothing more than for every white American to hate themselves and all Americans to hate their country.

While “Racial” might be the most explosive part of “Critical Race Theory,” to really understand the origins of the movement we must start with the word “Critical.”

Critical Theory is a social philosophy dedicated to identifying and critiquing “power structures” in every part of public life. Scholars in the Marxist Frankfurt School developed this unholy union of Marxism and Sociology in the 1930s. Where traditional Marxism focused primarily on the question of economic disparity, Critical Theory paints all societal ills as the result of “social structures,” “cultural assumptions,” and power relations between victims and oppressors. The theorist can explain warmongering, authoritarianism, a lack of progress, economic distress, and every other possible evil by blaming the system in which the person lives. The system these theorists were so concerned with? Global Capitalism.

Is the Congo experiencing famine and starvation? The money hungry capitalists in Western countries have trapped the Congolese by holding them to standards incompatible with indigenous culture.

Did a woman commit some sort of violent crime? The greedy patriarchal system in which she lives leaves her no choice but to act out in extreme ways.

The Critical Theorist justifies any societal ill by simply blaming a web of cultural standards that leave the individual helpless. Only by attacking that structure can someone free themselves from it.

This theory was embraced by the radical activist class in mid-century America. Activist royalty (and sometimes terrorists) like Angela Davis, Bill Ayers, and Bernardino Dohrn railed against “global capital” as they planted bombs and carried out mayhem throughout the United States. But, as time went on, activists noticed they had difficulty convincing Black Americans that capitalism was their true enemy.

In the 80s, a network of radical law students developed a more explicitly racialized interpretation of Critical Theory. Rather than point to global capital as the source of all of society’s ills, the new target would be white people. “Whiteness” could work as the ultimate catch-all and make Marxism more directly appeal to frustrated black activists. This however, was not new.

In the early 20th Century, a Jamacian-born Black activist named Marcus Garvey came to America. Once here, Garvey began preaching a then novel interpretation of racial politics. Garvey believed that the “black race” should remain separate from the “white race” and return to Africa under his leadership. His organization, the Universal Negro Improvement Association and African Communities League, recruited Black Americans to spread black supremacist propaganda depicting all white people as born oppressors. Garvey even enlisted the help of the Ku Klux Klan in these endeavors, speaking at KKK events in support of racial separatism.

Garvey never ascended to the heights of power he dreamed of, but his rhetoric had a lasting impact on the world of black activism. His teachings served as one of the primary foundations for the Nation of Islam, a religious movement that incredibly teaches that white people were invented by an evil scientist named Yakub. Rastafarians, who still hold up Garvey as one of the central figures of their religion, call the entire West “Babylon.” They trace all of the problems they face back to their “captivity” in a place that is not their home and the fundamentally disordered nature of white people. And while some open-minded denominations of the religion exist, a vast majority of rastafarians believe in black supremacy.

The Civil Rights Movement of the 50s and 60s focused on the “brotherhood of all men,” of the equality of all people despite their skin color. Martin Luther King Jr’s brand of peaceful protest and incremental change won out against the more radical and violence prone rhetoric of Malcolm X. At least, it appeared to have. Even as King delivered his famous “I Have A Dream” speech in 1963, his stock among his activist peers was falling. His assassination in 1968 cemented doubts that King’s slow and steady push for lasting equality was merely a fantasy. Radical and explicitly Marxist elements like Huey Newton’s Black Panther Party welcomed dissatisfied Black activists. And while the Marxist agitators still revolved around global capital, leaders focused primarily on imperialism and the actions of “white” Western countries.

While this is only one strand of many in the history of Black activism in America, it’s the strand that leads directly to Malcolm X, Huey Newton, and those law students in the 80’s who developed Critical Race Theory.

With radical activism losing its luster in the Regan years, scholars combined the universal nature of Critical Theory with the extreme racial views first espoused by men like Marcus Garvey. A practitioner of CRT believes they can slot every human being into either an “oppressor” or “oppressed,” with the deciding factor being that person’s race. People of color are nothing but victims to everyone with a lighter skin tone than them, even other people of color. All of History, Sociology, Economics, and even Theology boils down to this simple truth. If you can describe something as “white” that thing is irredeemably evil.

CRT did not catch on right away, but Leftists are no stranger to the waiting game. Proponents slowly introduced the core concepts of CRT to curricula in universities and teacher’s colleges across the nation. The ideas were ingrained in the faculty and student bodies of these institutions, ensuring that eventually no school board or boardroom was safe. This groundwork let hucksters like Nicole Hannah-Jones start the “1619 Project” a book and New York Times propaganda series dedicated to rewriting American history based entirely on the legacy of slavery. The 1619 Project states that the Thirteen Colonies revolted against the British Empire to “protect the institution of slavery,” a claim even the most radical Historians reject. Now classrooms across the United States teach Jone’s historical hack job to children as fact. Schools embracing CRT teach white students that they are directly responsible for the suffering of their fellow students and students of color that they are victims at the mercy of their white classmates. Parent whistleblowers, like one mother of a small girl in New York City, report students returning from school and telling their parents: ”Mom, I just found out I’m a racist and I prefer white Europeans.”

But CRT hasn’t won yet. The Trump administration’s attempts to ban the teaching of racist material helped raise awareness to the threat that CRT poses, and Republican states across the US are taking steps to ban it in schools and public offices. Journalists and thinkers like Chris Rufo and James Lindsay are taking CRT to task and helping whistleblowers reveal just what goes on in a “training session.” And most importantly, parents are stepping up. Parents like Shawntell Cooper in Loudoun County whose viral impassioned plea shows just how much of a role courage will play in stopping CRT.

Most importantly though, you have a responsibility to educate yourself. Dennis Prager’s PragerU has several videos on the subject, that you can use for a quick refresher or to introduce your friends and family to just how destructive CRT is. The aforementioned James Lindsay writes on CRT at his website newdiscourses.com and even wrote an entire book on the subject titled “Cynical Theories” that you can order wherever books are sold. America First also covers CRT quite often, and you can watch videos of Dr. G getting to the bottom of CRT on our Rumble page.

If you educate yourself and get on the front lines, we might just have a chance. And if not, we can at least make sure that the Chris Wallaces of the world will know just how destructive CRT really is. 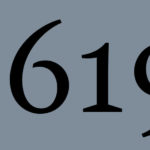 CRT: What You Need to Know