Freedom is not our norm. In the history of mankind, and even today, oppression and political corruption are the standard, with the people of more than 90 nations living without the freedom we take for granted in America.

Thomas Hobbes was right. Unless we decide, together, to live in peace under a mutually agreed upon and respected social contract, life is invariably nasty, brutish, and short.

But the question for us who live in the freest nation today, is at what point would we say—with justification—that we have lost too much of our liberties and that our nation is being stolen from us right now? Would we even realize if there were a concerted attack on our freedoms? Or, like the proverbial frog in hot water, would we only work out what was going on once it was too late?

As a warning to those who think the Left can never turn back the clock and that our freedoms always increase and never diminish, here is a warning. Not only are we living in the most divisive time in the republic’s history since the Civil War, but we are also right now witnesses to an ongoing plot to subvert the duly elected President of the United States.

Here are the incontrovertible facts:

Each of the above represents a far greater crime than the bungled burglary that would become the historic Watergate scandal. Together they constitute an attempted coup for which not one person has gone to jail. For the record, 40 government officials were indicted or imprisoned after Watergate.

But this isn’t simply about the 2016 election and candidate Trump. It is about the survival of our republic as a republic founded on the principles of its birth.

There is only one reason that the Democrats are openly suggesting that the Electoral College be abolished, that 16-year-olds should be allowed to vote, that the Supreme Court should be packed with their nominees, that lawfully owned guns should be confiscated, and that the president should be impeached based on any and every pretext, regardless of the facts. Not only do they want to subvert this president and the will of 63 million Americans by overturning the last election, they want to make sure they never lose an election again.

Are you willing to do whatever it takes politically to make sure that doesn’t happen? 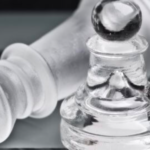 When Does It Count as a Coup?