When you demonize 63 million Americans for four years sooner or later some of them will cross the line.

On January 6, 2020 the physical security of Congress was breached.

As representatives and senators were assembled for a joint session to finally count and certify the Electoral College votes, hundreds of protestors somehow managed to overpower both the Capitol Police and Washington’s Metropolitan Police Force to make it past security checkpoints and all the way to the floor of the debating chamber.

And most tragically of all, one of those unarmed civilians, a female U.S. Air Force veteran, was shot and killed inside the halls of Congress.

Since then, representatives and senators have reconvened and the debate on certifying the presidential election has led to Joe Biden becoming President-elect, while the media, as well as several senators, have breathlessly described the afternoon’s events as an “insurrection.”

Let us be very clear, the historic events of January 6 are tragic in several ways, and while the Congress is the “People’s House,” those who entered it illegally and caused physical damage to the building should face the requisite legal consequences. But it was no “insurrection.” Having taught irregular warfare and counterterrorism for the Defense Department for more than five years, I can assure you, never in human history has a group of unarmed civilians executed an insurrection. Never.

So what did happen yesterday and what does it mean for America going forward?

First, the context. This week’s shocking scenes cannot be analyzed in a vacuum. They come after 10 months of violence across America, violence done in the name of “social justice” which left businesses and federal offices looted and vandalized, 700 law enforcement officers wounded and close to $2 billion of damage done to America, and more than 20 Americans dead, many of them black.

None of these assaults on the fabric of our nation, none of these murders, even those of retired black police captains like David Dorn, were couched in the catastrophic terms that were used by the media and national political voices yesterday. On the contrary. As long as the post-George Floyd violence was associated with left-wing causes such as Black Lives Matter, it was excused and at times even lauded by political leaders and the legacy media.

In fact, Joe Biden, the man who became the presidential candidate for the Democrat Party and who told the nation that he “is the Democratic Party,” refused to condemn the months and months of violence, from Seattle to Washington D.C., until the very end of August, at which point it was suddenly deemed a liability to his presidential aspirations.

This, of course, is not surprising given the many other political voices of the last four years, from Maxine Waters calling for the public harassment of Trump supporters, to Obama’s attorney general declaring that when the Left’s opponents are down, that’s when you “kick them.” These precursors created the permissive environment where, just this week, Senator Josh Hawley’s (R-Mo.) wife and newborn child were terrorized by Antifa at home while the senator was away on business. For far too long, one side has excused and even normalized violence in our nation. It hasn’t been the conservatives.

Where will we go from here? What is next?

First we must identify those who broke the law this week and find out if they were all actually supporters of the president. Whether they were members of the MAGA movement or just provocateurs—as one law enforcement source has already stated—they must all face justice. At the same time, people must be held politically accountable for the catastrophic failure of federal and D.C. law enforcement to secure Congress. And, likewise, there must be severe consequences for the officer who shot and killed Ashli Babbitt.

But the most important lesson to be drawn has to do with the last four years, not the last few days.

A civilian and a police officer have died this week. Their killers must be punished. Nothing can justify those deaths, nor the violence done to the people’s house. Yet it was all too predictable. When you demonize 63 million Americans for four years, starting by calling them “Deplorables,” then racists, white-supremacists and eventually Nazis, when you throttle them from social media, get them fired because of their views, sooner or later some of them will cross the line. And at the moment, there is no indication that the Harris-Biden Administration understands this dangerous dynamic. 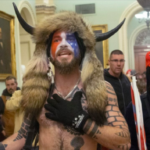 The Storming of Congress and the Normalization of Violence