Between America winning the Cold War and the election of Donald Trump to the presidency, the RINO-gravy-train had treated you well. Even if you were a former leftist, the “elite” of New York and Washington were happy to let you make a phony Damascene conversion to the side that won the ideological war of the 20th century, drop your questionable political past down the memory hole, and reinvent yourself as a lifelong Buckleyite.

You believed the rest of your life could consist of your collecting fat honoraria checks from both sides of the uniparty establishment. From AEI to Brookings, from CATO to the Council on Foreign Relations, you also milked a handful of gullible right-wing donors and bloviated your pedestrian “analysis” for the hosts of the cable shows you cared for the most—naturally, on CNN. This despite the fact that America really didn’t seem to care. At least not if we judge by the viewing statistics.

How anyone still talks about CNN at all is a question that continues to mystify me. Even CNN‘s “hottest” shows are mostly ignored by more than 99 percent of the U.S. population. On a good night, Anderson Cooper, can only garner 800,000 real viewers (as opposed to people trapped at an airport waiting to board a plane). That’s 0.25 percent of the population of our republic. Seriously guys, can’t we just ignore them? Back to the fakers.

For decades they planted themselves at publications such as National Review and the Weekly Standard which lost their viability as market products but nevertheless chugged along, read by a smaller and smaller group of believers and fellow-travelers, funded as they were by the same handful of well-meaning but credulous sugar-daddies. You know their names: Bill Kristol, Stephen Hays, Jennifer Rubin, Tom Nichols, to name but a few. Then on November 8, 2016, America fired them all.

When the nation chose Donald Trump, the anti-neoconservative for her 45th president, it sent a politically revolutionary message to the self-anointed coastal elites. In choosing a non-politician who self-identified as conservative but who had absolutely nothing to do with the Establishment GOP, America flipped the bird not only at Hillary and her organized crime cartel on the Left, but it blew a massive raspberry at the pseudo-Right as well.

What was the aftermath?

Well, the Left reinvested in crazy as the unhinged radicals took over the DNC asylum. First, we witnessed all the official Democrat candidates for president signing on AOC’s Green New Scam, a vision that would result in a centralizing of government power never achieved by any Communist state. And, yes, that does include taking your cheeseburgers. Then the almighty Pelosi tried to take on the anti-Semites in her own party but proved too weak and surrendered to the radicals.

The Left has made its decision: Trump won, they are convinced because they weren’t Left enough. But what about the Right?

The Establishment GOP hasn’t changed. We just saw that on Thursday as GOP senators betrayed their president on the signature issue of his campaign: securing the southern U.S. border. Those who really are conservatives and support the will of the people as expressed in the MAGA agenda remain just a handful. You know their names, too: Mark Meadows (R-N.C.), Jim Jordan (R-Ohio), Matt Gaetz (R-Fla.), Louis Gohmert (R-Texas), Lee Zeldin (R-N.Y.), Devin Nunes (R-Calif.), Lindsey Graham 2.0, and not many more.

And the NeverTrumpers? Did they leave to fight real fascists like their forefathers in the International Brigades of Spain? Hardly. The soft hands and weak backs of the professional OpEd scribbler would be of little help on a battlefield in Syria or Iraq. So they reinvested in a crazy of their own variety.

They moved from gullible conservative donors to taking money from hardcore left-wing billionaires. They rebranded themselves under a new masthead, and as The Bulwark—sounds manly right?—and decided the best thing is to outdo the Daily Beast and Buzzfeed in anti-Trump sentiment. No more pretending to be the heirs of Kirk and Chambers while enjoying tony parties in Adams Morgan with their MSNBC, NPR, and Obama Administration pals. No, they will rebuild America by giving in to their inner Arianna Huffington and unleashing their hidden Glenn Thrush.

Although I’ve been through the wringer, having lived through the consequences of working in the White House and all that entails in terms of media “coverage,” the results of their targeting have surprised even me.

Whether it’s attacking Salena Zito for not being a “real American” (I guess because her name isn’t WASP-y enough), or mocking the appearance of a veteran conservative commentator who just ended chemotherapy, these people who say—and this isn’t a put on, they actually had this on their masthead—that they are “Conserving Conservatism” have sunk as low as it is possible to go. Or at least that’s what I thought until this week.

I have no idea who Gabriel Schoenfeld is, beyond the fact that his bio says he worked for Mitt Romney. (As sure ticket into the NeverTrumper Club). But the Bulwark was happy to publish a piece in which this person decided he should attack Victor Davis Hanson, the preeminent classist, strategist, and conservative author of our age. Hanson’s sin? To publish a book called The Case for Trump. Lest you think this was just another beta male attack, like a previous one in which the anti-Orange Man heroes vowed to make green rooms safe for NeverTrumpers, this screed was of another caliber entirely. For how does one justify lumping Hanson in with the intellectuals who excused and facilitated the rise of Adolf Hitler? I guess there is no depth to which a failed RINO won’t sink in order to get just one more honorarium check.

The day after the outrageous calumny was dropped, I attended the launch of the good professor’s book at the D.C. satellite of his professional home, the Hoover Institution. When we met he asked me: “Have you heard? Now I’m a Nazi!” My response: “Well if that’s all they’ve got, you must have them very worried.”

At the end of the superb event, the pieces all fell into place. As I said my goodbyes, the gentle professor turned to me and said: “You know, Trump is the one thing standing between them and America going socialist.”

As if by prophecy, the next article the Bulwark posted was: “Is Socialism Really that Big of a Threat?”

If you want to read more independent, conservative thought, head over to American Greatness now! 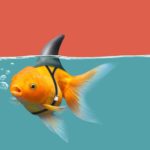 The Only Option They Had as Pseudo-Conservatives