I remember as if it were yesterday, telling President Trump’s National Security Adviser, retired three-star General Mike Flynn: “Get 20 DoJ polygraphers here now and have them do single-scope interviews through the whole bloody building!”

I didn’t work for the good general, as my job as strategist to the president, had me working with Steven Bannon who headed the White House’s Strategic Initiatives Group, but I considered Mike a friend, a true battle buddy from the Trump campaign. More than that, I had been one of just a handful of members of the official presidential Transition Team’s NSC staff in the months before the Inauguration, and as such had come to respect and admire the former Defense Intelligence Agency director as a great patriot and fighter.

Why then did I want him to have all 420 members of the bloated NSC we had inherited from the Obama Administration be put through a lie detector test? Because the new administration systematically was being subverted. We had barely moved into our offices and it was as if there hadn’t even been an election, as if 63 million Americans hadn’t chosen a new Chief Executive and the Left was still in control.

The latest proof that triggered my call to action? The brand new classified NSC phonebook, with the names of all the holdovers, new hires, and political appointees and their contact details had been leaked to the press, before General Flynn had even signed off on it. My concern was that it was time to act before something bigger and more damaging to America’s national security was leaked. Sadly Mike did not take my advice and it would have dire consequences. A few days later he would resign and eventually was charged with a process crime to which he pleaded guilty in order to save his family.

Thanks to the great work of a handful of investigative journalists, including John Solomon, Sara A. Carter, and Lee Smith, we now know that James Comey’s cronies at the FBI targeted General Flynn, caught him misremembering details about a perfectly professional and proper phone-call with the Russian ambassador, and they used that to take him down. Since then, thanks to the incredible work of his recently appointed counsel, Sydney Powell we have the details of just how badly this innocent man was railroaded.

Similar tactics would be used against other innocent men like George Papadopoulos, while others, like Paul Manafort, President Trump’s former campaign manager, would be jailed for mortgage fraud, for crimes that had nothing to do with the putative accusations of having conspired with foreign powers to undermine, or “steal” the 2016 election.

The administrative state, the permanent bureaucracy, the deep state, whatever you wish to call it decided 19 minutes after he was sworn in as president, that Donald Trump must not be allowed to continue in that role. The non-swamp, brusque outsider from Queens had to be sabotaged because he could not be controlled. From Stormy Daniels to Michael Cohen, from subpoenas for his tax returns and bank accounts to fake “whistleblowers,” from subordinate lt. colonels born in Ukraine, to an impeachment trial in the Senate, the Democrats and their co-conspirators, just like poor marksmen, repeatedly tried to “kill the king” and failed.

Now in the last 250-odd days before the election, the Trump Administration seems to be taking my early warning seriously. At least we have two clear signs that things have changed for the better. The first is the return of people to Washington and the White House who the president can trust. In just the last few days the President has rehired Hope Hicks and Johnny McEntee. Both have the closest of trust-based relations with the president and his decision is a clear sign to those around him in the White House and in the agencies of the U.S. government that the president is re-asserting control over the government he was elected to head.

This is especially so for McEntee, who will head the Presidential Personnel Office. Truth be told, PPO was one of the reasons that the Trump administration has been so plagued with personnel problems and leaks. Headed for two years by establishment GOP and former House Speaker John Boehner (R-OH) flunky, Johnny DeStefano, it became the center for hiring and promoting Bush-era RINOs and blocking MAGA-agenda loyalists. McEntee’s hire is a sign that the White House will take the question of who serves the president and whether that person agrees with his policies seriously.

Even more important, in the short term, is the recall to D.C. of our ambassador to Germany, Ric Grenell, and his appointment to be the acting Director of National Intelligence, the head over all 17 federal elements of the intelligence community. As soon as the president confirmed the news that Ric would be the new dual-hatted DNI and ambassador to Berlin, the Left unleashed its smear machine and the DNC, with no evidence called him unqualified, even leading to Nancy Pelosi issuing an official statement of protest.

Full disclosure, Ric is a friend, but even if he weren’t, I would support his becoming DNI given his sterling record representing American interests for eight years at the UN, and then achieving more in Berlin in under two years than any other ambassador before him ever did in four. My only regret is that his is only an “acting” nomination and that he likely will move on when the president is forced to nominate a permanent replacement.

In the meantime, Team Obama is clearly very worried about these recent decisions, with the 44th president’s former National Security Adviser, Susan Rice using shockingly uncouth language to attack Ric, the first openly gay cabinet member in U.S. government. Why? It has to do with the signal this sends that the Trump White House is on the warpath, and that the deep state is in its investigative crosshairs.

While many in the MAGA community are still smarting from the Barr Department of Justice’s recent decision not to prosecute corrupt FBI agent Andrew McCabe, they miss the point. The charges in question were related exclusively to his lying to officials over his leaking details to the media about the Clinton email investigation. They have nothing to do with the current, and far, far larger investigation into the origins of the Russia hoax by U.S. Attorney John Durham. No one has been exonerated or had charges dropped against him when it comes to the greatest political conspiracy in modern American history, the use of the FBI, NSA, and CIA to spy on a presidential campaign and White House, Operation Crossfire Hurricane. No one, not McCabe, not Comey, not John Brennan, not Jim Clapper, not Rice, and not Barack Obama.

Lastly and most promising to those who believe in Lady Justice truly being blindfolded, nothing—and I mean nothing—has leaked from the Durham investigation. In fact the only time that Barr’s handpicked team has said anything on record in relation to its work is to correct the sweeping claims made by the Justice Department’s Inspector General Michael Horowitz that there was no detectable political bias at the highest levels of Obama’s Department of Justice and that the rules for predication were followed.

Attorney General William Barr may not like the president tweeting about cases that are sub judice, but he is clearly a man on a mission to clean to Augean Stables that are the post-Obama Department of Justice, and in the most under-reported story of the last four years, his man Durham’s mandate was changed from heading an administration review, to heading a criminal investigation, which means he has found evidence of felonious acts and can (is?) impaneling secret grand juries.

All the above is a start. It comes very late. But it’s a start. The deep state beast is writhing in discomfiture. If God blesses us again and President Trump is reelected this November, it would be nice to have people working for the man chosen by the American voters to lead them and upon whom we don’t have to use lie detectors. 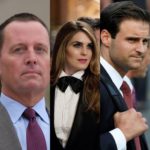 The Counter-Coup Has Begun