“And what about Stormy Daniels, and all the others?”

You’ve heard all these and many others before. It’s the never-ending loop of Trump criticism—a critique which seems inconsequential when compared to his four years in office and the record of his policy accomplishments. From crushing the ISIS caliphate to creating a pre-COVID economy the likes of which America—and the world—had never seen, to the many displays of his inconvertible commitment to conservative causes, such as his being the only serving Republican president to address the annual March for Life rally in Washington, D.C.. These are matters of record.

Yes, I worked for the man, and am still serving as his presidential appointee in a Defense Department position (Biden hasn’t sent me a “Resign or be Fired!” letter yet as he has to others like Sean Spicer and Gen. H.R. McMaster. Not yet.), so call me biased, but I challenge anyone who calls themselves a Republican or just a conservative, to prove to me that where it mattered, the 45th president’s achievements weren’t some of the most impressive and traditionally conservative since Reagan left the White House. It’s simply impossible.

Despite this record and the success of a new America First conservatism, we still have a seemingly insurmountable problem within our movement—namely the dominance of an establishment Republican-in-name-only class that controls our party, especially in D.C.. From Mitt Romney’s niece at the top of the RNC to Mitch McConnell (who just facilitated another obviation of the debt ceiling for Biden, Schumer, and the Democratic swamp) in the Senate, the pseudo conservatives still seem to be in charge.

But do the RINOs hold all the cards across the nation? Is the MAGA movement condemned to slowly fizzle out as entrenched lobby-funded special interests creep back to “business as usual” and collusion with the Left? What should be a patriot’s response to unrepresentative elitist forces that appear immovable? When an election leaves you with the choice between a Democratic candidate enthralled to a radicalized DNC defined by the socialist policies of AOC and Bernie Sanders, or a milquetoast establishment RINO, what do we do? Here’s my response.

A very successful, handsome businessman, Glenn Youngkin, wants to be the next governor of the Commonwealth of Virginia and is running for that position as a Republican against one of the sleaziest politicians in America, Clinton bagman Terry McAuliffe. And when I say sleazy, I mean reptilian level low-life, with McAuliffe happily admitting in his memoir that he left his wife crying in the car with their newborn child, having just left the hospital, as ran inside to appear at a Democratic fundraiser.

Youngkin has presented himself as a true blue salt-of-the-earth Virginian, a real conservative, despite the fact that before he decided to run, he was CEO of The Carlisle Group for 14 years, a company that epitomizes the Big Government/Beltway bandit nexus. As a Virginian, I am of course disgusted at how an historically conservative state has markedly drifted to the Left in recent decades, mainly as a result the influx of new residents coming to work in and around D.C., either as overpaid federal bureaucrats or drones for the legion of other Beltway trough-feeders such as Booz Allen Hamilton, etc.. And as someone who knows just how conservative Virginia is outside of the gravitational pull of a D.C. that voted 90+ percent for Hillary Clinton, I want those who love America to take back Virginia. But is Youngkin actually a conservative, or just another proto-RINO? I decided to find out by inviting him on my national radio show and also discover what it means for all of us, in every state of the Union.

For months my producer was given the runaround by the Youngkin campaign, despite the fact that I had met the candidate, had his personal cell, and had been told that someone very close to him confirmed that he did, indeed, want to come on the show. Eventually, after one of his team let it slip that there was a serious issue with him coming on because I had, months prior, tweeted that Youngkin’s official stance on the lack of fraud in the last election was “classic RINO,” I decided not to wait any longer and to simply discuss him on my show whether or not he called in to join me. (Remember Clint Eastwood and the empty chair?)

I didn’t “bash” the Republican candidate, but as the host of an avowedly MAGA show, I did ask the tough questions that millions of America First listeners wanted him to answer. None of my team expected what happened next.

After the break, someone called “Todd” phoned in to challenge me on air, asking why would I “attack” a true conservative like Glenn and to list all the great things Youngkin had just that day announced his commitment to pursue. Smelling a rat, I asked Todd if he worked for Youngkin. In the meantime my sterling producer was looking up the caller’s phone number which came back to someone who did in fact work on the Youngkin campaign and who’s name wasn’t, in fact, Todd. You can watch the whole hilarious exchange here.

Was “Todd” officially monitoring my show and was he ordered to call in under a fake name? That would be a real RINO move. But there was no way to know. It could just be a stupid lone actor So, we kept the pressure on Youngkin through overt and back channels, and a mutual friend who also wants to save Virginia got involved and finally it worked and Youngkin stepped up to the plate and agreed to come on AMERICA First live.

Is this because the candidate is desperate and because he’s just 4 percent behind McAuliffe in the latest polls and needs every vote? I don’t believe so. Coming on a platform to talk with a former strategist to President Trump is not what RINOs do. Ever. It takes guts and has predictable consequences, as almost immediately the most despicable and immoral uber-RINOS came out of the woodwork to viciously attack Youngkin. (Congrats Glenn: if the Lincoln Project has you in its sights, you’ve proven yourself a good guy). Youngkin’s decision and his performance impressed me. He may have RINOs working for him, but I do not believe he is one. You can see our interview here:

So here’s the lesson I have drawn. Youngkin is a solid candidate but he was influenced by RINOs who focus more on tweets than issues. (Sound familiar?) He overcame the RINOs as my team and I kept the pressure on him to engage. Recently J.D. Vance was asked on live TV what will stop him becoming a RINO swamp creature if he wins his Senate race? He gave the correct reply: I won’t surround myself with the D.C. advisers and hang out with the lobbyists because that’s how you become one of them. Instead, J.D. said he will surround himself with his loved ones and the patriots who propelled him to office to represent the people of his state. Are you listening, Glenn?

President Trump will run in 2024. If he wins he will need to excise the embedded RINOs and swamp-dwellers in the capital. In the meantime all of us need to keep the pressure relentlessly on all those who say they are conservatives or Republicans, especially if they are listening to, and letting themselves be influenced by, those who care more about “mean tweets” than they do open borders, or a collapsing economy. Yes, the RINOs are too influential—but it’s up to you and me to change that. 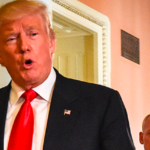