Any American born on the morning of the September 11 attacks would today reach the age of majority. We have a whole generation that has grown up in the shadow of the deadliest terrorist attack in modern history.

As a nation we will mark today’s anniversary as we have done for the last 18 years. At key locations, the names of the thousands of people killed by al-Qaeda at the Pentagon, the Twin Towers, and on Flight 93, which crashed in Shanksville, Pennsylvania, will be read out one by one, to include the firefighters and police officers who ran to aid those trapped and who themselves would die that day.

It is right that we should do so. We should also take the time to remember and honor those, living and dead, who answered our nation’s call after what we would come to call the 9/11 attacks. The CIA paramilitaries and special operations forces that deployed into the mountains of Central Asia that October to destroy al-Qaeda’s Afghan camps and take down the Taliban regime that harbored Osama bin Laden. Then the thousands and thousands of men and women, wearing the cloth of the Republic who would deploy, often on multiple rotations, into the region and later the Middle East, as civilian leaders surrendered to inordinate mission creep and the ideology of “nation-building.”

And lastly, once again, we should recognize the special operations forces dispatched by a new commander-in-chief, Donald J. Trump, with a mission to destroy the caliphate of ISIS, the jihadi organization that had usurped al-Qaeda’s mantle to become the most dangerous jihadist group since the dissolution of the original Ottoman caliphate after World War I.

But this should not simply be a day of remembrance. It is the best time—the right time—for reflection and reassessment, a time to ask and answer the question: What are the right lessons to draw?

The first and most obvious conclusion is that America once again has demonstrated we have the most capable and deadliest fighting forces in the world. When the mission was well-defined and the politicians weren’t micromanaging everything, for example in October 2001, or after the inauguration of President Trump, objectives we achieved and they were achieved in stunningly short order.

When the mission sets grew, when hard military and geopolitical truths were ignored or diluted by politicians with ideological end-states, such as the neoconservatives, or by those who just didn’t get national security and who didn’t care, as with the Obama White House, we became embroiled in pointless and impossible mission-sets, or saw the rise of even deadlier groups like ISIS.

Once again, the great Prussian was proved right. As Carl von Clausewitz teaches in his seminal work, On War, war may not be easy, but it is simple. The Bush-era conceit of trying to turn Afghanistan into Switzerland was always a stupid idea, only slightly less imbecilic than the Obama White House denying the Islamic motivation of global jihadists.

So let us return to the way war should be prosecuted. Analyze the situation based upon reality, not on what you would like the world to look like, and once the politicians have defined the object of war, let the military take operational control, and get out of the way. The mere fact the Obama has a secure tablet, called the Threat Disposition Matrix, upon which he would choose which terrorist to kill next, is the antithesis of being strategic. Luckily, with the arrival of President Trump, strategic decisiveness and requisite delegation to the military have returned to the way in which America prosecutes her wars.

Lastly, allow us to pause to note the positive consequences of renewed leadership at the top of the American body politic. It is all too easy to try and forget how the threat looked a scant three years ago. ISIS had eclipsed al-Qaeda. It had done that which bin Laden had never managed to achieve, declaring and building a new caliphate with millions of subjects and spanning multiple countries.

Almost weekly, we would be witnesses to attacks by ISIS-inspired terrorists in Europe and even the United States, with their gruesome propaganda videos circulating the web constantly, including images of American citizens being beheaded on camera. Now those days seem like a bad nightmare. We must never treat them as such. They were the indirect result of two presidents who were incompetent, ideologically blinded, and feckless.

Perhaps, the most important lesson of the last generation is this: America is a special nation. One that will always inspire deadly enemies exactly by dint of our being special. Nevertheless, we can always prevail, as long as we have leaders who believe in our Republic and who see the world through realistic eyes. 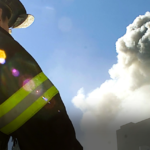