The following is a simple reminder.

President Obama started his term in office traveling the world apologizing for America. He blamed a YouTuber when our ambassador and three other Americans were murdered by al-Qaeda in Benghazi, Libya. He sent Hillary Clinton to her Russian counterpart to give him a “reset” button. He also sent Putin a personal message to be patient because he would have “more flexibility” after his reelection.

Obama sent blankets and MREs to Ukraine after Putin invaded and took Crimea. He told us ISIS was just a JV team. Then after they established a caliphate, he told Americans ISIS was a “generational threat” we just had to get used to.

Obama did nothing to stop North Korea testing illegal nuclear warheads and launching ballistic missiles over our partners. He presided over a joint CIA-FBI-NSA counterintelligence operation that used Russian propaganda to obtain secret warrants to spy on a presidential campaign.

Then America elected a nonpolitician to drain the swamp and bring America back.

President Trump traveled the world as a proud American, declaring that our Judeo-Christian heritage is the foundation of our greatness.

Soon after he moved into the White House, President Trump declared that the caliphate of ISIS would be crushed. Five months later it was.

When mass-murderer Bashar al-Assad was on the brink of using chemical weapons for a second time against innocent women and children, President Trump launched a massive cruise-missile strike against Russia’s Syrian satrapy.

As Putin’s goons moved into Syria in an attempt to build a new base for more destabilizing operations, President Trump authorized the targeting of more than 200 Russian mercenaries.

Instead of blankets and MREs, President Trump sent anti-tank Javelin missiles to Kyiv to make sure Putin would think twice about invading his neighbor.

President Trump told the Hermit Kingdom of North Korea that Kim Jong-un’s dictatorial regime would be destroyed if they continued their campaign of nuclear blackmail. Since then the world has been closer to lasting peace on the peninsula than it has ever been.

President Trump ordered the operation to kill the most dangerous terrorist in the world, Abu Bakr al Baghdadi, proving that ISIS isn’t just a threat we have to live with.

And on Thursday, on learning that we had the location of Major General Qassem Suleimani, and that Suleimani was planning multiple attacks against Americans and our allies, President Trump ordered an attack that led to the death of that man—a man responsible for the deaths of more than 600 (and perhaps as many as 1,000) of our servicemen and women.

In short, President Obama sent billions of dollars of cash to our deadly enemy. President Trump, instead, turned them into ash.

Instead of commending the commander-in-chief, however, the Left and its lackeys in the media, of course, are criticizing the president, sympathizing with the mullahs and the “most revered Iranian military figure,” Suleimani.

But that’s OK. It just means that the 63 million Americans who chose the politically incorrect outsider to lead America have been vindicated once more. America is definitely back. And our enemies, “both foreign and domestic,” now know it. 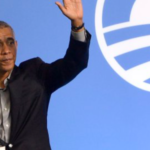 Obama Sent Them Cash—Trump Turned Them Into Ash