Here’s what we need to do differently, should Donald Trump take back the White House in 2024.

The free states of America are already back to normal. While ghost towns like the nation’s capital and gruesome Governor Gavin Newsom’s California persist in frightening their populations, the rest of America understands that the China virus was not the Black Plague and have had enough. As a result, in addition to doing my daily radio show and weekly Newsmax TV show, I’m happily back on the road speaking to conservatives about how we should deal with the pseudo-presidency of a senile commander-in-chief front for radicals who have opened our borders, made us energy-dependent once more, and decided to wokeify the military, as the FBI hunts down MAGA-hatted “insurrectionists.”

The most often asked question at these events? Is he going to run in 2024?

You don’t have to be a former White House deputy to have a high degree of certitude on this burning question. Everything President Trump has done in the last few months points in only one direction. From his controlled and masterful CPAC speech where he asked three times, who indeed the next victorious Republican president would be, to his establishing the Office of the 45th President (not a presidential library for a retired chief executive) to the growing list of gubernatorial and U.S. Senate candidates he has already endorsed. So my answer is everywhere the same: Right now, I give it a 95 percent likelihood that the “Boss” will run for a second term.

Can he win? Probably—especially if the Biden-Harris regime proceeds as it has for the last three months. Electorates tend to punish incumbents when there are lines for gas and when they refuse to admit that we have a crisis when 6,000 illegals cross the border daily, and when they have no answers about a drastically underperforming economy. The less pocketbook-oriented and more politically engaged will have even greater issues with the explosion in crime, the politicization of the military, a federal surrender to Black Lives Matter, and rampant corruption.

So we can assume that the Trump Train is about to re-embark, and the most iconoclastic nonpolitician-politician will be back in the White House on January 20, 2025.

So what? What then?

I cannot speak for American Greatness, however as one of its contributors and a massive proponent, who is delighted to have its leading lights such as Victor Davis Hanson and Conrad Black as weekly radio guests on “AMERICA First,” I see this platform as a rare example of the hard work conservatives need to do and, since everything changed in 2016, have generally been unserious about doing everywhere else.

After 44 presidents, from Washington to Obama, who were career politicians or retired generals, America finally said “Enough!” to the swamp and chose a president from outside of the political class. This was a historic signal from Americans to the putative “elite” and was rightly labeled a “peaceful revolution” by General Mike Flynn.

Yet sadly, the magnitude of that national decision has not been reflected since then by a commensurate attempt to grapple with what it means for the Right. Apart from rare endeavors such as American Greatness, there has been a dearth of serious analysis and debate on what the Trump Effect means, what effect the 45th president’s brand of popular conservatism has on prior conceptualizations of what it means be a conservative in the face of an utterly radicalized and anti-American Left.

As a result, we are now a bifurcated camp, consisting of 74 million patriots who’ve had enough and a very resilient establishment GOP, 35 members of which are fine with giving Nancy Pelosi a January 6th Commission with subpoena power that would be used for one purpose and one purpose alone: to intimidate Trump voters and sabotage President Trump’s return to the Oval Office.

Additionally, beyond the intellectual heavy lifting, there is the less arcane question of what MAGA 2.0 will look like, what four more years under a returning President Trump will consist of, if the GOP can actually get state legislatures to do their bloody constitutional duty and secure the 2022 and 2024 elections from massive voter fraud.

If we can add 10 million disgruntled and formerly apolitical voters to the 74 million of 2020, limit mail-in ballots to a minimum, and boost real MAGA candidates across the nation and then win the White House in 2024 we cannot simply have a redo of the first four years of Trump. We must take no prisoners.

While being duly loyal to the president—I do not do “kiss and tell” memoirs—I have been very candid about my time in his administration, from the reason I resigned to support him from the outside, to the nature of those who were committed to sabotaging him from inside the White House. America cannot afford a repeat of those mistakes should God smile on us and give us another chance to drain the swamp at the hands of a man who will have nothing to lose. (This last point, especially, is why I want President Trump back for 2024. After what we have witnessed in just the last 120 days, we will need a president who is prepared to slash and burn the radical Left politically, and in a way that I believe only Donald Trump could and would).

I have spent almost every day considering what we need to do differently if he wins and our challenge boils down to the following obstacles and true threats:

So what’s the plan for another four years of Trump? How do we deal with such a cornucopia of anti-Americanism? This is where I would start, and what I would insist President Trump plan on preparing for right now.

First, we have to destroy the deep state once and for all. The idea that unelected bureaucrats like Alexander Vindman or Miles Taylor (Anonymous) arrogate to themselves the mission to sabotage the person chosen by voters in free elections to lead America is a clear and present danger to all Americans. Such individuals must be identified within the first 60 days of the new administration, summarily fired, stripped of their state pensions, and charged with sedition, after they are perp-walked out of their agencies, preferably live before CNN’s cameras.

Of course, not all anti-democratic saboteurs like Vindman or Taylor can be identified within two months, but that’s not the point. I and a handful of presidential appointees have enough knowledge and actual evidence to get started on stopping the worst of the perpetrators. The real impact comes when each agency and department identifies half a dozen of the worst unconstitutional subversives and with their removal makes a public statement as to what happens to those who believe they are above the people who pay their government wages and unaccountable to our laws. I guarantee that after the first handful of cases go public and if those people actually pay for their crimes against our nation, the rest of those in the deep state will take notice and change their ways. For fundamentally, these people are all cowards. From John Brennan to James Clapper to Vindman and Taylor, there isn’t a true patriot or decent man among them.

Second, with regard to the lying legacy media and the fascist masters of social media, there are only a few options. The first has nothing to do with the White House, although I know a certain Florida resident who can speak to private actors to encourage them to get involved and make things happen. We need conservative media. Now.

Yes, I love Breitbart, and Newmax is crushing it. But as a whole, our side has been asleep at the switch. Why do we have just a handful of courageous big donors like the Mercers and Peter Thiel on our side? Why doesn’t our equivalent of a Jeff Bezos buy established newspapers like the Washington Post or liberal cable platforms? Sheldon Adelson was a great patriot, but we need our side to be as aggressive as the Democrat billionaires are when it comes to media acquisition. I like us being the cool counterculture kids, but it’s time to grow up and get serious.

Remember what Andrew Breitbart taught us: we need to crush the establishment, so let’s start in earnest. Legacy media is a joke. Anderson Cooper gets 700,000 viewers a night in a population of 330 million. They’re all hemorrhaging money. Buy them, turn them around, and provide Americans with real news, not fake news.

As for Twitter, Facebook, Google, et al., we need to show no mercy. None. Given the first three disastrous months of the Biden regime, if we do our job, we will take back both the House and the Senate. If and when we do, we show no mercy, not one scintilla for the most powerful fascists in the world today. From stripping them of their Section 230 immunity to federal anti-cartel actions and forced break-ups, there is no tool we should spare.

Yes, we are conservatives and thus prefer government to do less and not more, in general, but that does not apply when presidents with 90 million followers are summarily “deleted,” when those with mainstream views on guns or the right-to-life are systematically censored as a matter of corporate policy by platforms who say they are not publishers but impartial “information hubs.” Want to play little Hitlers? Well, it’s time for a little Operation Overlord in the world of good regulation, because some regulations are good, especially when they reaffirm our Constitution and the civil rights of all Americans, not just woke Democrats.

We are long overdue in declaring political warfare on America’s real domestic extremists. And it’s not just about the Silicon Valley Masters platforms.

Never again can we allow a private individual like Mark Zuckerberg to undermine the nation’s election process. The fact that he used more than $400 million of his own money to insert himself and his organizations into the actual election process and manage local election offices, as well as the collection of ballots, should have led to criminal indictments. Just as with the worst perpetrators from with the deep state, we need to make an example of the likes of Zuckerberg and his antidemocratic accomplices with transparent criminal and civil prosecutions of him and the organizations he used as cut-outs to help Biden and the Democrats harvest and “rectify” ballots in left-wing strongholds to the detriment of the constitutional and “equal protection” rights of Republican and independent voters.

One or two national trials showing how Zuckerberg stripped tens of thousands of Americans of their equality under federal and state election law and there will be a salutary ripple effect across Palo Alto’s mafia, since, like the Vindmans and Taylors, the Dorseys and Zuckerbergs of the world are fundamentally entitled cowards.

As for the RINOs and the perverse educational system we have allowed the radicals to build, and the paucity of the MAGA bench, I hope you will allow me to dedicate a whole piece to those topics, lest the AG Editors lose patience with the length of this article.

Until then keep reading American Greatness, get practically involved with MAGA 2.0, and never betray the Truth. 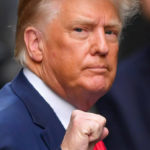