We have lost the Democratic Party. And next, we could lose America. How? Very easily. Here’s how it will look.

The Establishment Republican Party will resign itself to failure in those districts, fail to mobilize voters, or act too late to make a difference.

Republican voters will fail to go to the polls and vote.

Republicans will fail to volunteer to act as polling officers and be in a position to prevent election fraud.

Over the next year, those who believe in Making America Great Again will do nothing to engage the apolitical or apathetic around them and convince them that their vote matters in the General Election.

We will collectively fail to demonstrate to decent, old-school Democrats that the party they have a traditional, atavistic familiarity with no longer exists and is in fact run by radicals like Alexandria Ocasio-Cortez (D-N.Y.), Ilhan Omar (D-Minn.), Rashida Tlaib (D-Mich.), extremists who hate America, and unreconstructed socialists or communists like Senators Bernie Sanders (D-Vt.) and Elizabeth Warren (D-Mass.) who want levels government control over the economy which far exceed anything the USSR ever envisaged.

Good, patriotic Americans will fail to use the incredible power of social media to circumvent the incessant propaganda of the FakeNews Industrial Complex as Andrew Breitbart showed us, and will instead grouse about the president’s “unseemly” tweets and crude language.

The GOP and the White House will fail to leverage the unbelievable freedom MAGA policies have provided minority communities in the last three years or to convince those in Democrat strongholds that more prosperity and liberty lie ahead for them if they completely break their ties to the Democrats.

The president will be advised by his “communications experts” that he doesn’t need to go into the communities that constitute the new Democrat Political Plantation, that it would be unnecessary, or too “risky,” for him actually to go and visit the slums and ghettos—the welfare wastelands of Detroit, Baltimore, and Chicago—and they will stay Democrat fiefdoms.

Republicans on Capitol Hill will persist in squabbling with one another, Freedom Caucus versus the old guard, and fail to understand how powerful acts such as the storming of Representative Adam Schiff’s (D-Calif.) inquisition last month is the type of visually engaging sign of action that needs to happen every single day that the sham impeachment continues.

And finally, we will lose everything we have achieved together if the president fails to finally grasp that personnel is policy and put an end to the White House and the administration being peopled at the highest levels by NeverTrumpers, RINOs, and Deep-Staters.

None of this need happen.

But it will happen unless we spend every day of the next 11-and-a-half months engaged in securing a victory for the MAGA Agenda and a second term for President Trump. But it all starts at the top.

I said it when I was in the White House and have said it repeatedly since I left. Donald Trump became the president despite the GOP, not thanks to it. If he wants to have a second term and cement his reputation as the most successful leader we have had since World War II, he needs to disrupt the Republican machine as much as he disrupted politics in general. MAGA hangs by a thread. 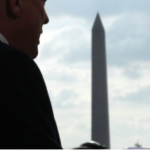 How President Trump Loses in 2020