Symbols matter. And I don’t mean in the churlish and asinine sense of the “symbology” one might find in a Dan Brown novel. I mean it in the sense of visual shorthand for deep cultural concepts and values.

Whether it is the vision of the Iwo Jima Memorial in Washington, D.C., or the sight of Blue Angel jets flying overhead in a national salute to those on the front line fighting the Coronavirus, symbols static and mobile can express so much.

One symbol we forget at our peril is our civilization’s representation of Lady Justice.

Traced back to the Roman depiction of Justitia, holding a sword in one hand to signify decisive and final judgment, and a pair of scales in the other for measuring the validity of a given case, since the 16th century Western physical expressions of Justice have added only one additional symbolic touch to Lady Justice: a blindfold. Why?

The blindfold is meant to signify the essential civilizational standard of impartiality before the law. All must be equal. No one should be rewarded or punished in our judicial system simply because of his name, rank, or social and financial standing.

We have reason to doubt that is still the case in our Republic.

Now that Lt. General Michael Flynn, after three years of hell, has been vindicated at last, it is time to examine what went wrong in our justice system.

For the record, I consider Flynn to be a friend and I believe that sentiment is mutual. Additionally, I have been his subordinate and later his colleague, first working for him in the official transition team for candidate Trump, then for his NSC Team in the official Presidential Transition Team after the 2016 election, and finally in the Trump White House.

Our paths crossed repeatedly given his position and my national security remit. That was why, after a flood of early leaks from Obama holdovers in the National Security Council, to include the Washington Post receiving the new classified internal NSC phonebook—before the general had even signed off on it—I advised Flynn we had a serious problem and that we should use Justice Department polygraphers to identify NSC employees who were prepared to seditiously undermine the will of 63 million Americans simply because they were Democrats and they hated the new president. Flynn did not take my advice. And then the deep state decided it could take him out. Now we have all the evidence we need to know that he was framed.

Thanks to the work of the unflappable Sidney Powell, Flynn’s new attorney, and the decision of Attorney General William Barr to release documents that the FBI had been hiding since the general was charged, in just the past few days we have learned the leadership of the bureau inherited from the Obama Administration had planned to trap Flynn in a lie and to get him arrested and/or fired.

They were not interested in investigating a crime, but in engineering the removal of the most powerful national security official in government outside of the president.

As the Trump adviser most experienced in national security issues who, as the former director of the Defense Intelligence Agency, was intimately familiar with how the Obama Administration had weakened America, and who would uncover the illegal counterintelligence operation to spy on the Trump campaign, Flynn had to be removed.

Most heinous of all, the case against Flynn was set to be closed two weeks before the 2017 inauguration because, of course, he was innocent and the uncorrupt agents who had worked the case found no evidence of “Russian collusion.”

But on the day the case was supposed to be closed, FBI head of counterintelligence, Peter Strzok, ordered the case be kept open. It was after this that James Comey sent Strzok and another FBI agent to “interview” Flynn at the White House, without legal counsel present, to catch him in the process crime of lying to a federal agent because he misremembered all the details of a prior official phone call to the Russian ambassador.

Mike Flynn was framed.  A former three-star general and combat veteran was targeted by the director of the FBI. And Comey’s replacement, Christopher Wray has been blocking the truth of the real crime that was committed.

Please do not misunderstand me. Flynn made some serious mistakes, and not just of omission, but commission. He never should have taken a contract to represent Turkish interests while he was advising the future president. More importantly, he should have severed that relationship immediately upon Donald Trump’s victory on November 8, 2016. And then there was his lying to the vice-president, or at best, misrepresenting his conversation with the Russian ambassador.

That was an unforced error, an unnecessary mistake, especially since there was nothing wrong about the call. I was not in the room when Flynn spoke to Vice President Pence, but I know enough about what really happened. Flynn was embarrassed about the context within which the call occurred—he was on vacation in the Dominican Republic with his wife, and he had only a partial recollection of all that was said—but he had done nothing wrong. He was doing his job, and in fact, he was asking for help in defeating a vote in the United Nations that would have targeted our friend Israel.

None of these were reasons for him to be framed, charged with a felony, have his family threatened with incarceration, and then lose his home in order to cover millions of dollars of lawyers’ fees. There was no “Russian collusion” and Flynn never worked on behalf of the Kremlin’s interests. On the contrary.

Now we know it was all a lie. We also know that the interview which would be used against Flynn to charge him with a felony was “conducted without any legitimate investigative basis.”

Justice for Flynn may finally be possible. According to Rep. Devin Nunes (R-Calif.), the “Russian Hoax rats are starting to squeal.” But can America trust that it will not happen again? If they can persecute a man of Flynn’s record, working at the right hand of the most powerful man in the world, be sure they can do it to you.

And as of this writing, not one person has been charged with any crime connected to the FBI’s use of its enormous power for political purposes. Not one.

Not Comey, not Strzok, not McCabe, not Lynch. No one.

And as Conrad Black, a man who has also experienced what corrupt law enforcement can do to an innocent man, noted as the news of Flynn’s exoneration broke, we could indict “virtually the entire prior [Obama] Administration” for the crimes they committed.

A wise man observed almost 100 years ago, “Not only must Justice be done, it must also be seen to be done.” 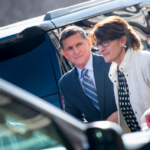 General Flynn, Team Obama, and You