This too shall pass. When President Trump says that we will overcome the threat posed by the Wuhan Coronavirus, of course, he is right.

Despite recent panic selling on the stock market and the day-in-day-out fear-mongering of the legacy media, we are still the strongest and richest nation in the world. We remain rated the most capable country when it comes to dealing with any type of pandemic.

We must be thankful that the president initiated an early travel ban from China and then Europe, measures that Dr. Anthony Fauci, the face of our professional medical response to the virus, has admitted made us significantly safer than countries whose leaders did not exercise their authority to protect their citizens.

Have the rest of the domestic responses been the right ones?

Some seasoned observers, such as my Salem Radio colleague, Dennis Prager, have argued that the massive planned bailouts, the closing of restaurants, bars, theaters, and sporting events is a gross overreaction for a virus that so far has killed less than 150 people out of a population of over 327 million.

These arguments seem intuitive, especially when we consider the annual deaths from other causes such as the regular flu, or opioid overdoses. The former results in 55,000 Americans dead in a year  and the latter closer to 70,000, yet we don’t shutter the NBA or close restaurants as a result of either. Only time will tell if our actions were proportionate to the threat posed. In the meantime, however, there are things we can say for certain, or predict with a larger than usual degree of certitude.

First, the FakeNews Industrial Complex is an even greater threat to the Truth than it was during the previous three and a half years of “Russia collusion” and Ukrainian “quid pro quo.” This crisis has barely begun, but already the mainstream legacy media has been caught repeatedly manufacturing fake stories in order to attack the president and weaken his response to the Wuhan virus. Here are the 11 most egregious examples, from the false reports that a national curfew was imminent, that Fauci had been muzzled by the president, and that President Trump had told governors to “get their own ventilators.”

Even if you are used to the lies of the legacy media, this is a watershed.

After the last two weeks, no reasonable person can conclude that the media is just biased or driven by personal animus to the president. Now it is clear that the likes of CNN, MSNBC, the New York Times and Washington Post are willing to exploit human tragedy and a national emergency for their own financial and political profit. This will remain a challenge to our Republic even after we have isolated the virus, found a working vaccine and returned to some kind of normalcy. Re-electing President Trump this November would go a long way to breaking the FakeNews as an Enemy of the American people for good.

Paradoxically, the foreign threat may be easier to overcome than the domestic one of a seditious press. And this is the good news we can already identify coming out as a result of the Wuhan virus.

However long we are sequestered at home, whatever the transitory effect on Wall Street, the American people will never again allow our safety to be held hostage to the world’s largest Communist regime. It may have taken scores of American deaths, but never again will we allow another country, especially a dictatorship, to be the manufacturer of the majority of our medical needs, and more than 80 percent of all our antibiotics.

Whether we have overreacted to this threat or responded just right, the coronavirus emergency has proven President Donald Trump—and the 63 million Americans who voted for him—right on the threat China poses to our nation, the need to bring jobs and manufacturing back home, and to secure our borders for good. 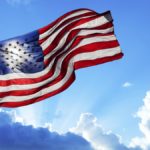