Thirteen Marines and a Navy corpsman are dead. Murdered in a god-forsaken hellhole that has been called the “Graveyard of Empires.” For what did they die? And why did they die? Nothing and no good reason are the true answers to those questions. So how did we get here? Here’s my answer based on my time in Afghanistan after September 11, 2001.

It was five years after the 9/11 attacks. For some reason, out of the blue, I was approached by an official at NATO headquarters in Brussels. NATO was inviting a small group of security policy professionals and journalists to Afghanistan and they wanted me to be one of them. Somehow, I convinced my wife this was a good idea, got on a civilian flight to Qatar, where I was issued ceramic-plate body armor and a helmet, and boarded a military flight to Kabul.

During our trip, we would be handed off from one NATO partner force to another. We would be escorted, hosted, and protected by American commanders and their troops, Italians, Turks, and even Macedonians who guarded the International Security Assistance Force base with a contingent they hoped would win them big brownie points back in Brussels and D.C.

But the wake-up call arrived right after we landed and we were met by the Brits.

Before we embarked in our soft-skinned Land Rovers, the small female corporal driving my vehicle came over to me. She laid the old-school map on the hood, ran her finger along the route from the airport to ISAF HQ, then stopped and indicated to her chest rig and the attached comms equipment. “If we are ambushed or hit an IED and I’m incapacitated,” she told me, “hit this big button here, give them our convoy call-sign and call for a QRF [quick reaction force] rescue.”

I had served in the British Territorial Army but never in a war zone, and this was very different from what I had done in the Intelligence Corps for a few years back in the UK. Needless to say, we made it safely to the headquarters and were very happy when we transferred thereafter to Turkish armored personnel carriers for our later convoys.

Our putative mission was to tour all over Afghanistan, from Kabul to Herat to Wardak Province and beyond, to see all the “amazing” things NATO was doing and how taxpayer dollars were transforming this benighted land that had previously defeated Alexander the Great, the British Empire, and the Soviets.

Some of it was impressive indeed—especially the windowless building at the center of the Italian base we visited, which hid an authentic trattoria where the Italian commander fed us a dinner worthy of Trastevere in Rome. That’s not a joke. It was rather surreal to be eating mozzarella and fresh pasta in the Iranian-influenced province of Herat, in Western Afghanistan, surrounded by soldiers in uniform.

We were waiting for our flight back to Kabul, just waiting and waiting. A simple chain link fence separated the military zone of the airstrip from those waiting for civilian domestic flights. On the other side of the fence was an utterly adorable little girl dressed head-to-toe in pink, playing with a doll, and just being an innocent child. Then she toddled over to her mother, sitting on the ground against an adobe wall. No pink terry cloth hoodie for her. Her mother was in a head-to-toe black niqab with a grille that hid even her eyes. That girl would live a free and innocent life until one prepubescent day, when she would be put in a black bag and likely married off to a much older lecherous man. This was the country we and our allies were “nation-building” to the tune of more than $60 million per day for 20 years. Then there was the last splinter of reality.

Before I left for good, I was given a command brief from a U.S. Army major named Strong—yes, really his name—back at the military training academy we built right outside the Soviet tank graveyard in Kabul to educate the soldiers of the Afghan National Security Forces. The PowerPoint deck was slick. Great graphs and figures, pictures of the locals receiving the best small-unit tactics any military has to offer, and the graduation ceremonies after the months of invested time and money. But it all seemed too slick. Too picture perfect.

So, I decided to do my own due diligence.

I convinced my NATO minders I needed to get outside the wire to roam free before flying back home. Things were relatively stable in 2006, but I was still forced to sign a waiver just in case I was blown up or shot, which I did. What did I find out, as I poked around for myself? One metric tells it all. Of all the Afghan officers, enlisted men, and NCOs we trained at the U.S.-funded academy, more than 40 percent of them simply disappeared back to their tribal regions and militias upon graduation. In other words, the U.S. government paid to train our enemies.

That is why anyone who was surprised that Kabul and the “host nation” government fell in just 10 days after America spent more than $2 trillion to build the “New Afghanistan” is an imbecile.

The post-9/11 mission in the hellhole that is Central Asia was supposed to be about just one thing: to destroy al-Qaeda’s ability to use that territory to plan and execute mass casualty attacks on U.S. soil. Nothing else. Not hospitals, not schools. Not “nation-building” or building a “modern” Afghan national Army.

Now, thanks to Joe Biden, those who hate us and want to kill us don’t just control the whole of Afghanistan with forces that we ourselves have made more capable than ever. They have more American weapons than any Jihadi force in history. And 12 good Marines and one young corpsman are dead.

Are we ready for the 20th anniversary of September 11? Our enemies certainly are. More than they have ever been. 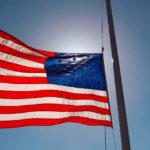