Yes, America has a problem.

And no, red flag laws will not stop the next mass shooting.

Nor is “mental health” the heart of the matter.

I am an American by choice. My pride in being an American today is a function in part of choosing to be a citizen of the freest and greatest nation the world has ever seen, and although I may not have been born or raised in America, I am familiar with our history and our cultural heritage.

As a result I know that not too long ago, in living memory, gun culture so universally permeated American society that it would be totally normal for young boys to bring their .22-caliber rifles or single-barreled shotguns to school with them, keep them in their lockers, and use them on the way home to bag small game—even in California, one of the most anti-Second Amendment states in the nation today.

Yet children didn’t open fire upon one another in the corridors during recess or compile “murder lists” with the names of classmates they wished to kill. So the presence of guns per se is a red herring and tells us nothing. Not to mention the fact that you can kill far more people than either the Dayton or the El Paso murderers combined simply by stealing a truck—in one case, more than 80 innocent people in less than two minutes—without one large-capacity magazine.

But there is a pattern in recent mass casualty events in America. And Tucker Carlson is spot on. It has nothing to do with “white supremacy” or even with race. Yes, the majority of these crimes are committed by young white males. But not all. In fact, 18 percent of all recent mass shootings were committed by African Americans, a percentage that exceeds that demographic’s representative size within the U.S. population. Yet we don’t blame their ethnic identity for the deaths that result. And we shouldn’t.

But there is a pattern.

In every recent case of a mass shooting in America, in addition to frequent interactions with mental health professionals, the killer has had multiple negative interactions with the authorities and with the administrations of the school they were or had been attending. Incredibly, the Parkland shooter had more than 40 run-ins with the local police over the span of just a few years. More than 40. But nothing happened. Incredibly, the Dayton killer, when it was found in high school that he had a list of fellow students he wanted either to kill or rape, was merely suspended for one semester.

So what does this mean? Surely a red flag law seems a reasonable answer? Wrong.

The idea that private individuals who work with you or live next to you, or social media companies monitoring your posts and your communications should be able to initiate government action against you, to include law enforcement taking away your ability to exercise your Second Amendment rights and curtail your capacity effectively to protect yourself, is utterly Orwellian. It is reminiscent of the culture behind the wrong side of the Iron Curtain when children were encouraged to betray their family members to the authorities should they say something wrong.

Remember, we are living in an age when Google calls Jewish Americans “Nazis” in their internal emails before censoring them, an age where Democrat politicians are comfortable publicly intimidating presidential donors and doxxing both them and their employers just because they disagree with their politics.

The idea that any red flag law, however well meaning, will not be abused in an era when the Left cries “Stab the motherf—er in the heart!” outside the home of the convalescing Republican leader of the U.S. Senate, or uses mob tactics outside the home of a leading conservative celebrity so as to intimidate his stranded wife, is not only foolish, it is dangerous.

No, the president must say “No” to any “red flag” law proposals.

But there is something he can do right now to prevent the next shooting in America.

Every such incident has involved massive failures by local authorities and the police. We need these officials, school boards, mayors, commissioners, and sheriffs to start protecting us all and the only way to do that is to make them feel the heat. President Trump should have his team draft a simple one-page bill today that would change everything. After Parkland, after Gilroy, after Dayton, after El Paso, we need a law that will make all local municipalities, school authorities, and police authorities criminally and financially liable for the deaths that they could have prevented if they had taken action when the multiple indications of an unstable and dangerous young man were ignored.

In this way the president would send a very clear message: I will not infringe on anyone’s right to defend themselves, I will not give the power to rob citizens of their Second Amendment rights to unseen and unaccountable forces, but I will not permit those who are responsible for preventing the next massacre from betraying that sacred trust. 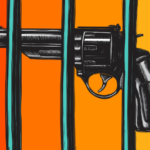