If there was ever any doubt about the Deep State’s true intentions and ultimate end goals with regards to Donald Trump’s ascendance to the presidency, those doubts surely have vanished with the stunning revelation of some of the past tweets from one of Eric Ciaramella’s lawyers.

The lawyer representing the so-called “whistleblower,” Mark Zaid, had previously tweeted in January of 2017, shortly after President Trump’s inauguration, that the “coup has started,” and predicted that “impeachment will follow ultimately.”

Not only were they determined from the very beginning to impeach a duly-elected President, but they are unashamed of using the word “coup” to describe their plots. That is because they know that this is exactly that: A coup, an attempt to overthrow a President simply because they do not like him. That is why this sinister plot cannot be allowed to come to pass, for it would set a truly dangerous precedent that could very well mark the end of our Republic.

AMERICA First is the newest nationally-syndicated radio show in the United States, part of the Salem Radio Network. The host, Sebastian Gorka PhD., served most recently as Deputy Assistant for Strategy to the President of the United States, Donald J. Trump, and is author of the New York Times bestselling book “Defeating Jihad.” His latest book is “The War for America’s Soul.” You can follow him on Twitter @SebGorka, on Facebook, and on Instagram @sebastian_gorka. AMERICA First is available on the iTunes podcast app, streams live at www.sebgorka.com, and is on YouTube. You can contact him here 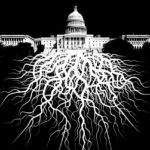