The United States government has secured a $2 billion deal for 100 million doses of a promising experimental Coronavirus vaccine being developed by the U.S.-based pharmaceutical company Pfizer and the German company BioNTech.

The two companies, which are producing the vaccine together, said that the doses will be provided to America if they prove “safe and effective in humans.” The Department of Health and Human Services confirmed that as a result of the government’s purchase, the vaccines would come at “no cost” to Americans seeking the vaccine once it’s available.

This is the latest vaccine candidate to be secured for the United States as a result of President Trump’s “Operation Warp Speed,” aimed at expediting the possible cure and eventual eradication of the Chinese virus. Other companies developing possible vaccines that have been enlisted by the government include Novavax, Johnson & Johnson, Moderna, AstraZeneca, and Emergent Biosolutions. 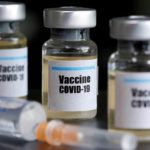