The Inspector General’s report on FISA abuse by the Obama Administration is set to be released very soon. But President Trump has already seen the report, and says that we should be prepared for the report to contain “things that you don’t even believe,” with a “level of corruption” the likes of which we have never seen before.

With the phony Mueller investigation dead and impeachment going nowhere, President Trump is ready to start taking the fight directly back to the source, to where it all began back in 2016. We’ve had an idea of how deep the conspiracy against Trump truly runs, but perhaps the reveal of the report will prove that it goes even further than any of us could have ever imagined.

Dan Bongino: Trump on FISA Report: ‘You Will See Things That You Don’t Believe’

For weeks the public has been waiting anxiously for the review of alleged surveillance abuses made by the Department of Justice and the FBI during the investigation of Russia’s involvement in the 2016 elections. The Report, which is expected to drop any day, has everyone on edge as it will “likely spark new congressional investigations and deliver critical information to other federal review probing allegations of abuse by the Justice Department and the FBI” according to Fox News.

President Trump is ramping up rhetoric leaving political pundits and media salivating for the report, and members of Congress, the FBI and DOJ shaking in their boots. He said:

Senator Lindsay Graham (R-SC) has “vowed to probe alleged FISA abuses at the start of the Russia investigation, saying he would look for answers on how much money the Democrats paid research firm Fusion GPS to commission the dossier compiled by Steele, or if the contents of the dossier have been verified.”

Speaking on “Sunday Morning Futures” on Fox Business, Senator Graham said, “as soon as Horowitz is done with his review of the FISA warrant application, the counterintelligence investigation, the Trump campaign, we’ll have a hearing in public with Horowitz and we’ll call a bunch of witnesses.” 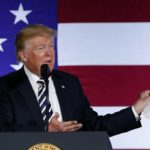