In perhaps the biggest legal victory for President Trump, and for America, in the ongoing debacle of the 2020 election, the Supreme Court has issued a significant ruling to protect election integrity in the crucial swing state of Pennsylvania. Justice Samuel Alito, on behalf of the Court, ruled that Pennsylvania must now separate any and all ballots that arrived after the deadline of 8:00 P.M. EST on November 3rd, and count them separately from the overall tally of votes that actually arrived on time.

Of the many egregious ways the Democrats have already violated election laws in Pennsylvania – from allowing ballots with no postmarks to ballots with no signatures – the deliberate counting of late, and therefore invalid, ballots is one of the most absurd and downright illegal moves taken thus far by the corrupt Philadelphia machine. This ruling brings us one step closer to uncovering the truth behind the plot to steal America. 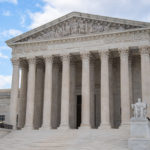