President Trump has just announced on Twitter that he will soon be signing an Executive Order to temporarily suspend all immigration in the United States.

The move is President Trump’s latest protective measure aimed at slowing the spread of the Chinese Wuhan Coronavirus, which is already on the decline in the United States. But this move is guaranteed to speed up the process of flattening the curve, while also fulfilling a major campaign promise to put America First.

By signing this Executive Order, American citizens will now be in an even stronger position to receive aid from the government, as well as more likely to find employment opportunities that they normally would have to compete with immigrants in order to find. That is the very definition of America First. 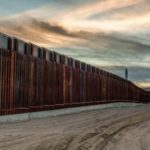 BREAKING NEWS: President Trump to Suspend All Immigration to the United States