President Donald Trump announced his intentions on Friday to ban the short video-sharing app TikTok in the United States, citing the app’s ownership by the Chinese government and the subsequent national security threat that the app’s global popularity represents.

On Sunday, President Trump announced that he had tasked the American tech company Microsoft with arranging a deal to buy the app from the Chinese government within 45 days, guaranteeing American ownership of the app in exchange for not banning it. Otherwise, the ban will be enacted if a deal cannot be reached.

This series of precise and calculated moves from the President represents one of the biggest steps yet in two of the biggest fights America is facing today: The war on invasive and an increasingly powerful Big Tech sector, as well as the rising influence of China and its efforts to subvert American society and pop culture. 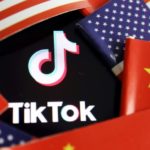