After almost two months of being completely censored by the monopoly of Big Tech, the alternative social media platform Parler has finally come back online, as reported by our friends at Just The News.

The pro-First Amendment and free speech-oriented platform had been disconnected from its Amazon-owned servers back in early January, after the Fake News media falsely accused Parler of being responsible for the January 6th protests at Capitol Hill. The site had become a free speech haven for people kicked off of the major platforms for wrongthink (also known as conservative views) prior to being disconnected. In addition to shutting down the servers, Parler’s mobile app had also been deleted from both the Apple and Google app stores, further restricting its ability to reach more users.

After struggling to get back online, and a series of other issues including the removal of its CEO John Matze, the site has moved to a new server farm that has restored its functionality at last. Acting CEO Mark Meckler confirmed on Monday that Parler’s over 20 million users can use its services once again, overcoming the failed attempts by the Left to cancel it for being supportive of our Constitution. 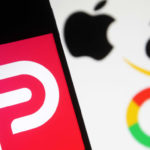