It has been confirmed that liberal Supreme Court justice Ruth Bader Ginsburg has died tonight, at the age of 87. After numerous health scares over the last several years, Ginsburg died following complications from pancreatic cancer.

First appointed by Bill Clinton in 1993, Ginsburg had become a fixture of the Court’s left wing and was widely considered its most liberal justice. President Trump, immediately after a rally in Minnesota, spoke to reporters about her death by describing her as “an amazing woman” who “led an amazing life…whether you agreed or not.”

Senate Majority Leader Mitch McConnell issued a statement mourning her passing, but nevertheless acknowledging that the work of the Senate must go on, confirming that “President Trump’s nominee will receive a vote on the floor of the United States Senate.” This represents a historic opportunity for President Trump, as this would be the third Supreme Court nomination for him in just his first term alone, following the confirmations of Neil Gorsuch and Brett Kavanaugh. If a conservative nominee were to be confirmed before the election, it would move the supreme Court to a 6-3 conservative majority, the largest such originalist majority in modern history.

President Trump had only recently released a list of additional potential Supreme Court nominees, which included a handful of new judges, as well as several Senators such as Josh Hawley of Missouri, Ted Cruz of Texas, and Tom Cotton of Arkansas, in addition to Kentucky Attorney General Daniel Cameron. Also floated among the list of potential successors is Amy Coney Barrett, who was a top contender for the seat that ultimately went to Justice Kavanaugh in 2018. 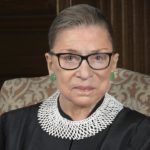