Shortly after Acting Director of National Intelligence Ric Grenell officially declassified the list of Obama Administration officials who were responsible for the unmasking of Lieutenant General Michael Flynn, the list has been made public.

This explosive revelation confirms that the plot against General Flynn truly did go to the highest levels of the Obama Administration, including the man who, at the time, was the second most-powerful person in the country, and who is now the Democratic Party’s presumptive nominee for President of the United States.

One more thing is now made certain as a result of this revelation: The 2020 election truly will be a battle against the Deep State, with Biden representing everything that is wrong with the Swamp and President Trump representing the forces that wish to drain it once and for all.

You can read the full list of culprits here. 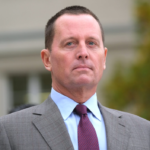