Weinstein’s is the case that started the “Me Too” movement, and although this movement has sparked numerous false accusations for political gain – such as the lies about Supreme Court Justice Brett Kavanaugh – Weinstein is an example of someone who is actually guilty of the crimes of which he has been accused. And, not to mention, Weinstein has a long and well-documented history of donating to and support various Democratic politicians, from California to Washington D.C., including Barack Obama and Hillary Clinton.

More than just an act of justice for his victims, Weinstein’s conviction and sentencing represents a massive blow to the elite, in Hollywood and the political establishment, and their mindset that they are above the law and can get away with anything. That is a victory not only for justice, but for the American people as well. 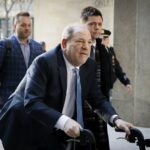