According to a report by The Epoch Times, Google has been engaging in a horrendous invasion of privacy on a massive scale by collecting the personal health data of millions of Americans.

Google did this by teaming up with major health insurance provider Ascension, which has been sharing information on its customers with the tech giant for over a year. Their reach is across 21 different states, and millions of Americans had their information shared with Google as a result of this scheme, which had been secretly code-named “Project Nightingale.”

It is clear that Big Tech is just as much of a threat to our freedoms and our privacy as Big Government, to the point that they can be nearly indistinguishable in their goals and tactics. There are truly no lengths they will not go to in the pursuit of power and control over our day-to-day lives. 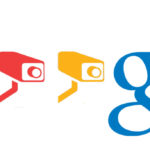 BREAKING NEWS: Google Has Been Collecting Personal Health Data from Millions of Americans