The legal travesty that is the government’s war on General Michael Flynn has just been dragged on for even longer, prolonging an already disgusting miscarriage of justice and abuse of the law.

General Flynn, who has been fighting back against the government’s crusade against him by withdrawing his guilty plea, has just had his sentencing delayed once more. His sentencing, originally set for February 27th, was postponed indefinitely yesterday by Judge Emmet Sullivan of the U.S. District Court for Washington D.C.

The prosecutors say that they need more time to respond to the request by Flynn’s lead attorney, Sidney Powell, to retract the General’s guilty plea. They know that the General is about to put all of his strength into this fight, and they were not prepared for such resistance in what was supposed to be another takedown of an innocent man for the crime of being a supporter of President Donald Trump.

Ultimately, General Flynn can pull through this nightmare if the American people have his back. It is important now, more than ever before, that we come together to support a decorated Army General and patriot in his hour of need. Go to MikeFlynnDefenseFund.org today to show your support for General Flynn. 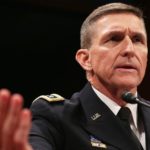