After three-and-a-half years of numerous delays, blatant acts of obstruction, and even attempts to override the will of the people, the United Kingdom has finally fulfilled the desires of the voters.

Boris Johnson’s Brexit bill has just been passed in the House of Commons, by an astounding majority of 124 votes. The bill solidifies the U.K.’s withdrawal date as January 31st, 2020.

It was a long and hard road that led to this moment, ever since the majority of the British people voted to leave the European Union back in June of 2016. After the resignations of two Prime Ministers, and two elections in as many years, the long-awaited departure of the U.K. from the multi-national bloc has finally taken place.

Thanks to the leadership of Prime Minister Boris Johnson, not only has the Conservative Party won a resounding majority with which to finally fulfill this promise, and not only has the far-left Labour Party been crushed and reduced to its smallest size in over 80 years, but now the United Kingdom can finally begin to reaffirm its national sovereignty. Once more, the U.K. will know what it means to be free, from control of their trade deals and their economy, to sovereignty over their immigration laws.

That is an achievement that was truly worth the wait, if for no other reason than to prove that the will of the people will always eventually triumph over the political elites. The global movement of national sovereignty that has swept over Europe, America, Brazil, India, and elsewhere has achieved its greatest victory yet, and still shows no signs of slowing down. 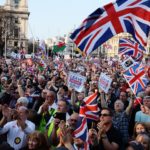