As if the fake whistleblower saga could not get any more unreal, now it has emerged that Congressman Adam Schiff, who wields power over the House Intelligence Committee, was coordinating with the so-called “whistleblower” before they even filed their official complaint with the inspector general.

This not only represents blatant corruption and a politically-motivated hit job on the part of the Democrats, but it is also the latest in a pattern: Just like the false allegations against Judge Kavanaugh, this is an example of Democrats actively working behind-the-scenes to produce these allegations and keep them a secret for months before they are actually released.

Make no mistake: This is a political operation, not a legal procedure. And this is as manufactured as any other “crisis” that the Democrats have been complaining about for the last two-and-a-half years.

RedState: Adam Schiff Coordinated The Whistleblower Complaint Before It Was Filed With The Inspector General

There have been a lot of mysteries surrounding the complaint filed by the so-called whistleblower in the matter of President Trump’s phone call with Ukraine’s president. I say “so-called” because the whistleblower did nothing more or less than leak hearsay about a conversation with the intent of either damaging President Trump or creating a pretext for an impeachment vote. The matter was not an intelligence concern, it was a policy difference, and it wasn’t in any way urgent and should not have been reported to Congress. The flimsy justification used by the IC IG, Michael Atkinson, was totally demolished by the Department of Justice’s Office of Legal Counsel.

They mysteries include the IC IG bending over backwards to let Schiff know that he had something he wanted to report but was not being allowed to report. There is the matter of the structure of the complaint looking like it was crafted with substantial legal assistance. And you have the statements by Schiff and Pelosi indicating that they knew of the whistleblower complaint well in advance of it ever being officially reported.

The Democratic head of the House Intelligence Committee, Representative Adam B. Schiff of California, learned about the outlines of a C.I.A. officer’s concerns that President Trump had abused his power days before the officer filed a whistle-blower complaint, according to a spokesman and current and former American officials.

And by days, we can probably say that he means more than two weeks judging from when Atkinson squirted in his drawers in his effort to inform Schiff of the complaint.

Before going to Congress, the C.I.A. officer had a colleague convey his accusations to the agency’s top lawyer. Concerned about how that avenue for airing his allegations was unfolding, the officer then approached a House Intelligence Committee aide, alerting him to the accusation against Mr. Trump. In both cases, the original accusation was vague.

The House staff member, following the committee’s procedures, suggested the officer find a lawyer to advise him and file a whistle-blower complaint. The aide shared some of what the officer conveyed to Mr. Schiff. The aide did not share the whistle-blower’s identity with Mr. Schiff, an official said.

“Like other whistle-blowers have done before and since under Republican and Democratic-controlled committees, the whistle-blower contacted the committee for guidance on how to report possible wrongdoing within the jurisdiction of the intelligence community,” said Patrick Boland, a spokesman for Mr. Schiff.

Even with this minor admission, Schiff is still holding the line:

Mr. Schiff never saw any part of the complaint or knew precisely what the whistle-blower would deliver, Mr. Boland said.

“At no point did the committee review or receive the complaint in advance,” he said. He said the committee received the complaint the night before releasing it publicly last week and noted that came three weeks after the administration was legally mandated to turn it over to Congress. The director of national intelligence, Joseph Maguire, acting on the advice of his top lawyer and the Justice Department, had blocked the inspector general for the intelligence community, Michael Atkinson, from turning over the complaint sooner.

This is a masterpiece of the non-denial denial. He’s denying one small part of the picture in order to blow smoke. All he’s saying is that he didn’t see an advance copy of the complaint. He’s not saying that the whistleblower didn’t tell him in great detail about the future complaint, he just didn’t see the actual written complaint. Similarly, he’s not saying some committee staff didn’t work with the whistleblower, he’s just saying the “committee” didn’t.

Based on what we seem to know now, it looks like the whistleblower approached the Democrats working for Schiff with the complaint. According to the narrative this was after he had approached the IC general counsel and didn’t like the answer he was getting about his whistleblower status (my guess is that the general counsel read the same regulations and laws as did Department of Justice and decided this was just a vindictive f*** trying to hurt President Trump while firmly grasping a get-out-of-jail free card as a whistleblower). Some Democrat staffers interviewed him and gave him advice and helped him write his complaint. Along the line, Adam Schiff was briefed and he, I imagine, briefed Pelosi. The whistleblower now approaches the IC IG and tells him that he has a complaint and that Schiff nows. The IC IG befouls himself. He doesn’t want to get caught up in this sh**storm so he creates a special dispensation to recognized gossip monger as a class of whistleblower and notifies his boss of the “urgent” nature of the allegations. At some point in this, the whistleblower form was changed to allow hearsay allegations. The acting DNI, having read the law, says no. The IC IG notifies Schiff that he has this really urgent complaint that just has to get out but his righteous ass is being stymied by everyone. At this point, the story starts bubbling into press reports.

As a final note, are the accusations being made about Schiff a little bit more than the article will support? Like this?

Sure, they are. But now a spotlight is going to be shined on Schiff’s ethics (none) and integrity (likewise none) and those deficiencies are going to color future events.

Postscript. This is why you never trust the New York Times with anything of importance. 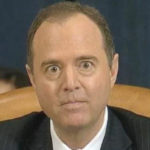