As former Vice President Joe Biden continues illegitimately declaring himself to be the winner of the 2020 presidential election, and fabricating the non-existent “Office of the President-Elect,” it is more important now than ever before to explain exactly how the American presidential election system works, and particularly the role of the Electoral College.

The individual electors themselves are chosen by the state’s legislature, who have their own various laws and methods for determining who is selected as an elector. Subsequently, the chosen electors meet in their respective state’s capital in mid-December, on the first Monday after the second Wednesday of the month, and cast their votes for America’s President. Those votes are subsequently sent to Washington D.C., where they are tabulated by a joint session of Congress in the first week of January. The joint session is presided over by the incumbent Vice President, in their capacity as President of the United States Senate.

These are the guidelines for the official and formal process of selecting, electing, and inaugurating a new President and Vice President every four years, as outlined by the Constitution of the United States. The media does not decide a President, nor does a candidate immediately become President-Elect, even if they have apparently won a majority of electoral votes. They only become a President-Elect if the aforementioned joint session of Congress so declares it in early January. As such, the 2020 election process is far from over. 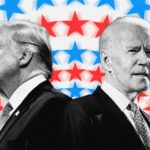 Biden is not President-Elect. Here’s why.