Last week, the stock market saw a significant drop of nearly 3,000 points due to widespread and undeserved hysteria over the spread of the coronavirus. The media, naturally, rushed to report this as somehow being evidence that President Trump’s economy is not really that strong and that his health policy responses were the wrong ones.

But just as telling as the media’s obsession with covering the stock market decline is the media’s refusal to cover its subsequent historic resurgence this week, just a few days later.

On Monday, the stock market came roaring back with a nearly 1300-point gain; the largest single-day gain since 2009. Yesterday, the market gained yet another 1200 points, already making back half of last week’s drop.

If anything, this only proves that President Trump’s economy is even stronger – and resilient – than we previously thought, that not even a global issue think the Coronavirus can keep it down for more than a few days.

While the media will fail to report this, and may even continue trying to harm our economy with their blatantly one-sided “reporting,” the numbers speak for themselves, and Americans will continue to prosper under the Trump administration. 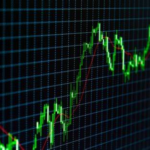