President Trump’s most recent Chinese Coronavirus press briefing unveiled his official plan to reopen the American economy, with some states even good to reopen as early as today.

The full plan is available on the White House’s website, and is set to roll out in three phases after certain criteria are met. These conditions include, in any state where Coronavirus symptoms and confirmed cases are confirmed to be on a consistent decline within a two-week period, that state will be permitted to begin the process of reopening its economy under the following three phases.

Naturally, as this plan will be rolled out on a state-by-state basis, some states that are not nearly as heavily hit by the Wuhan virus will be capable of beginning the reopening process as early as today. This will not only begin the necessary road to recovery, but will also be ahead of the originally-projected deadline of April 30th, giving the economy even more time to heal and put more Americans back to work as soon as possible. 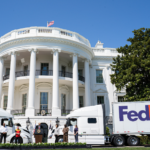