In the latest development in the saga of General Mike Flynn’s legal battle with the Deep State, President Trump directly signaled that the General will be “completely exonerated” sometime this week.

Fox Business’s Maria Bartiromo tweeted that, according to her sources, General Flynn will be exonerated within the week, and that more will be revealed today. When President Trump retweeted her post, it seemed to confirm Bartiromo’s assertion. The President also retweeted a post of an interview in which Congressman Devin Nunes, declared that Flynn was “framed by his own government.”

In the interview, Congressman Nunes said that “possible exculpatory evidence” in the Flynn case, which had previously been covered up by government prosecutors, had been submitted to the court on Friday that completely changed the entire story.

If it turns out to be true, then this would align with the previous decisions by General Flynn’s new defense team, led by Sidney Powell, to retract his previous “guilty” plea due to the government prosecutors withholding evidence and refusing to honor their side of the plea bargain. It would also mark a permanent turning point in the larger picture of the “Russian collusion” conspiracy theory and perhaps a turning of the tide against those responsible for the greatest modern political scandal in our history. 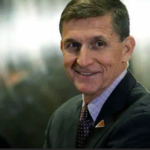 America First Update: Michael Flynn May be Exonerated This Week