There is no clearer example of a smoking gun than the just unearthed FBI documents proving that agents planned to railroad General Flynn so that he would be fired and prosecuted. And yet, if you ask the mainstream media, they will try to claim that this behavior is commonplace in law enforcement, that the FBI regularly plans to get Presidential appointees fired says after a new Administration has been sworn in.

Fake News outlets like CNN are attempting to water down breaking news with deliberately misleading headlines such as “Handwritten note shows how FBI official approached key Michael Flynn interview.” The nonchalance of their blatant lying and distortion of the truth is astounding, but, by now, not surprising.

Even as the Chinese Coronavirus curve is clearly flattening, with over 20 states beginning to reopen their economies and the federal quarantine guidelines officially expired as of yesterday, the mainstream media has motivation now, more than ever, to continue covering the virus: Because it is the only story they can use that is big enough to possible bury the explosive developments in the Flynn story. And that is exactly why we must turn our focus away from the declining Chinese virus, and instead on the new biggest story in American politics: The Deep State plot against General Flynn, and against President Trump. 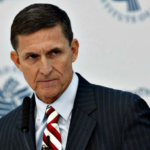