When President Trump first suggested that established anti-malarial drug Hydroxychloroquine was the most effective treatment for the Chinese Wuhan Coronavirus yet, he was mocked by the media. So-called “experts” and commentators dismissed his suggestion, and even accused the President of being responsible for the death of a man who drank a fish tank cleaning solution – which contained the chemical chloroquine phosphate – thinking it would help prevent him from catching the virus.

Yet, several weeks later, President Trump has been vindicated yet again. As the Washington Times reports, Hydroxychloroquine has been rated as the most effective anti-Coronavirus drug to date, by an international poll of over 6,000 doctors from 30 different countries. Out of a list of 15 possible treatments, Hydroxychloroquine was rated as the most effective by 37% of the 6,227 doctors who were polled, more than any other treatment on the list.

While President Trump was correctly predicting that this drug would prove the most useful in fighting the virus, both the mainstream media and Democrats were trying to discredit this possible treatment, with the Governor of Nevada Steve Sisolak even temporarily banning Hydroxychloroquine in his state, before being forced to reverse himself.

If the drug does indeed prove to be a key factor in the eventual elimination of this disease, then President Trump will be proven right once more, and will also demonstrate how much he cares about the safety of the American people. The same cannot be said for the Left and their allies in the mainstream media. 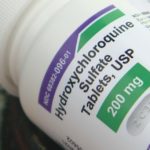