Even as all the evidence points to General Michael Flynn being innocent and worthy of total exoneration, the left-wing judge overseeing his case seems determined to do what judicial activists do best: Obstruct justice in order to promote a blatantly political agenda.

The Justice Department, the one and only entity with the authority to prosecute such a case, has already requested that the case be dismissed. Yet Judge Emmet Sullivan has taken it upon himself to prolong the unnecessary trial, most likely out of his own previously-established and bizarre animus for General Flynn. Accusing him of treason wasn’t enough; now Sullivan seems to think that Flynn deserves to be dragged through this legal limbo as long as possible.

To prove his rank political bias, Sullivan has hired, as his de facto prosecutor, a retired Democrat judge who had written an op-ed attacking General Flynn just this Sunday in the Washington Post.

Obama-appointed judges across the country have been overstepping their mandates in an attempt to block many of President Trump’s lawful policies. Now they see it fit to actively usurp the Constitution in order to destroy the life of a decorated veteran, a man politically targeted and now exonerated, simply he is guilty of being a supporter of President Trump and his first National Security Adviser.

Now not only must justice be done for General Flynn, but if the rule of law is to be upheld in our country, then both “judges” should also face swift judicial retribution for their crimes.For more on the crimes of the ObamaGate conspiracy see our record-breaking popular interview with legal giants Joe DiGenova and Victoria Toensing. 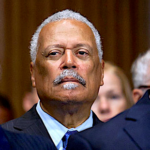