In accordance with the Governor’s plan, all 67 counties in the state may begin reopening a wide variety of businesses, with some conditions. Most notably, restaurants, retail stores, museums, libraries, and gyms may all resume operations with 50% capacity. Also allowed to reopen are professional sports venues, barber shops, and salons.

Even CNN was forced to admit that the vast majority of Floridians are celebrating the reopening of much of the economy, with many eager to get back to work and begin the process of slowly returning back to normalcy. The order also allowed the two hardest-hit counties, Miami-Dade and Broward, to catch up with the rest of the state after previously being forced to remain on lockdown.

Florida’s Phase One represents one of the most comprehensive reopening plans in the entire nation, as Florida is the third-most populous state in the country. Like Texas, Florida is an example of a heavily-populated state that has managed to avoid the same rapid spread of the Chinese virus that is seen in other states such as New York. 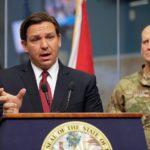