As government measures to combat the Wuhan Coronavirus outbreak kick in, more is being understood about the virus itself, including how low the mortality rate truly is and how it is not nearly as widespread as previously believed.

With a vaccine having already been developed in record time – just 65 days after the initial sequencing – the likelihood of “millions” of Americans dying from the virus, as predicted by the doomsday rhetoric of some on the Left, may decrease significantly.

At the same time, the geography of the virus in America is becoming much clearer. The most recently-confirmed death toll from the Chinese Coronavirus in America is 69. However, 42 of those 69 are all located in Seattle, Washington. After the initial outbreak of Coronavirus fatalities originated within the same nursing home in Seattle, the spread throughout the city has rapidly contributed nearly two-thirds of all fatalities in the entire country, thus disproportionately affecting the overall death toll.

As time goes on, and our understanding of the virus becomes clearer, we will be even better prepared to combat it and prevent any more unnecessary deaths to this disease. In the meantime, follow the reliable updates at CDC.gov. 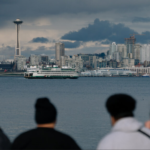 America First Update: Coronavirus is Not Nearly as Widespread as Previously Believed