For the final guest of today’s show, Sebastian talks to Professor James Lindsay about the origins and true motivations behind the far-left conspiracy of Critical Race Theory. Professor Lindsay, who recently explained Critical Race Theory in a PragerU video, talks about how the theory is obsessed with race from a far-left perspective, and could in fact be the most race-obsessed national attitude since the rise of the “Aryan” movement in 1930s Germany. Critical Race Theory even goes so far as to undermine the legacy and beliefs of Martin Luther King, Jr., and reverses his call for judging people by the content of their character into a call to judge everyone by the color of their skin. 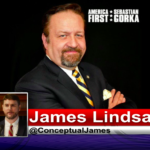