Sebastian continues paying tribute to the late radio giant Rush Limbaugh, opening the show with his most frequent guest host Mark Steyn. Mark and Sebastian discuss what made Rush such a massive success over the course of his decades-long career; among other key factors are his love of America, his sincerity, his authenticity, and his refusal to back down from his beliefs. 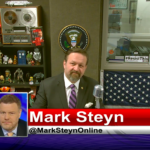 America First Highlight: Rush never faked any of it.