For the opening monologue, Sebastian reflects on the coming 20th anniversary of the September 11th attacks in 2001. An entire generation has passed since the deadliest terrorist attacks in human history, and multiple administrations across both parties have horrendously botched the response to 9/11 in a manner that has not done justice to the American people. From the Bush Administration’s overzealous interventionism to the cowardice of the Obama and Biden Administrations, our foreign policy for the last 20 years – with the exception of the Trump presidency – has been run by elites and so-called “policy wonks” who believed America was capable of successful nation-building in Afghanistan, even though this was never going to materialize. All that is left now is an even more chaotic Middle East, a more fortified and better-financed Taliban, and an America that is even less safe today than it was 20 years ago. 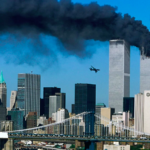