Sebastian talks to Loudoun County parent Brandon Michon, who famously went viral several months ago for a video of his impassioned speech before a corrupt school board that refused to reopen or lift arbitrary mask mandates for his children. Michon, who warned the school board to “raise the frickin’ bar” or else be replaced by parents who would do the job better, talks about the latest issues that parents in his county have been fighting back against from the same school board. From implementing Critical Race Theory in curriculum to assigning books featuring graphic descriptions of underage sex, Brandon says that it is incumbent upon American parents to stand up and fight back against bureaucrats who do not have the children’s best interests at heart. 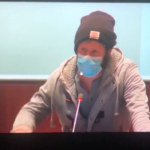